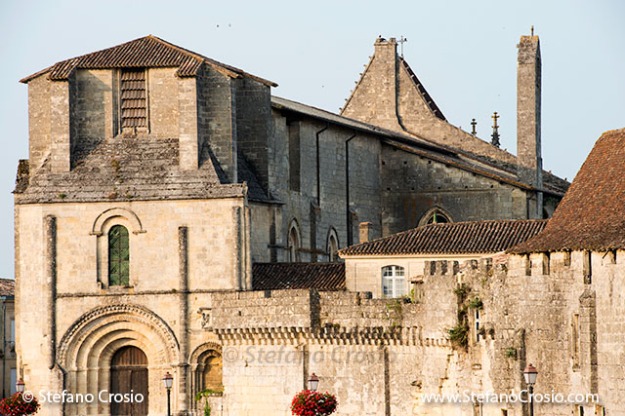 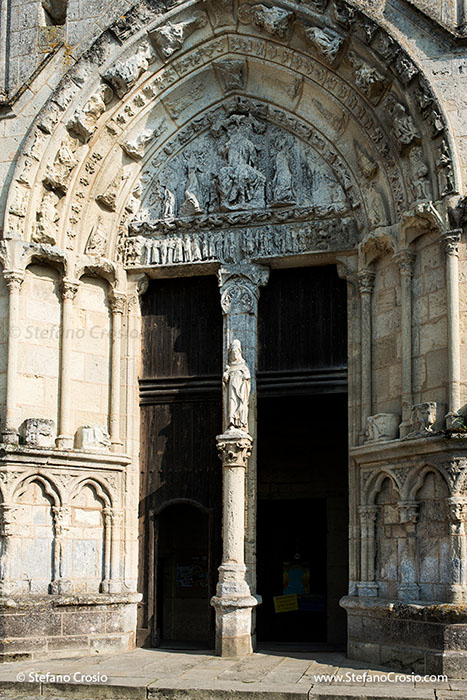 This is the second post in our series about our trip to Saint Emilion (in the Bordeaux wine region of France) and its beautiful surroundings. In case you missed it, you can find the first post (about the town of Saint Emilion) here.

On this post, we will briefly focus on a beautiful church-clositers complex in Saint Emilion: the Collegiate Church (Eglise Collégiale) and its cloisters.

The Collegiate Church is an imposing Romanesque building that was built between the XII and XV centuries and is considered one of the most impressive churches in the Gironde region. 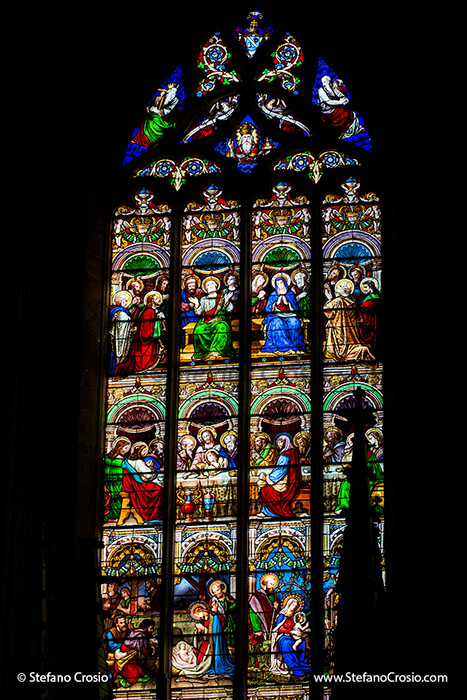 Supposedly, Arnaud Guiraud de Cabanac gave impulse to start building the Collegiate Church in 1110, even if the church plans were repeatedly modified over time. While the nave was completed in the XII century, the remainder of the Collegiate Church blends together different styles from the XIII to the XVI century.

The facade and main portal of the Collegiate Church are in a beautiful, sober Romanesque style. In addition, a beautiful XIV century Gothic portal on the left flank of the church provides another entrance from Place Pioceau, on the northern side of the XIV century chancel that houses a magnificent listed organ built in 1892 by Gabriel Cavaillé-Colle and XV century carved stalls. 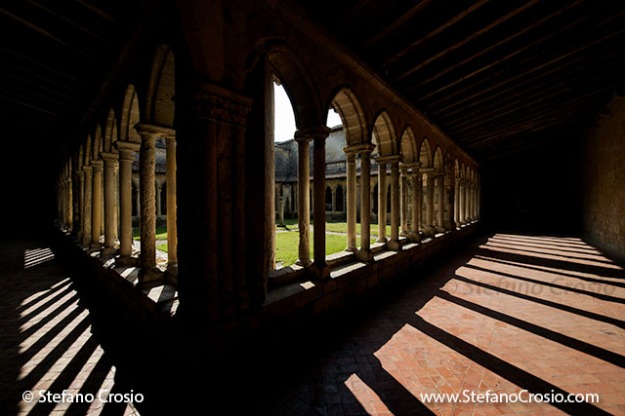 Inside the church, the Romanesque nave is adorned with nicely restored XII century wall paintings and amazing Gothic stained glass windows, while the statues of the Apostles on the tympanum were partly destroyed in the XVIII century during the French Revolution.

The Gothic cloisters, which impress the visitor due to their architectural elegance, were built on the southern side of the church during the XIII and XIV century, and remodeled during the XV and XVI century.

The cloisters were built in the shape of a square, with each of the four covered walkways being 98.5 ft/30 mt long and 14.7 ft/4.5 mt wide: elegant arcades support the inner side of the four walkways, which encase a peaceful garden with a cross in the middle, symbolizing the Eden (or Paradise).

The Collegiate Church once hosted Augustinian canons who stayed in the monastery until the end of the French Revolution.

I hope that you enjoyed this second installment of our virtual trip to Saint Emilion… until the next chapter!