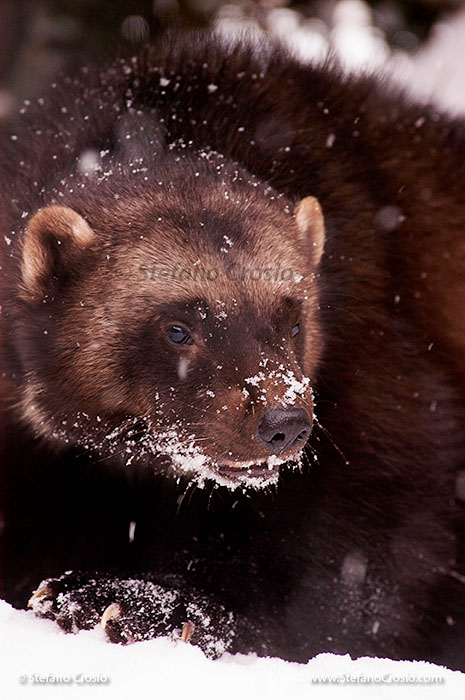 This image that I made of a wolverine (Gulo gulo) has recently been utilized by not-for-profit organization Conservation Northwest in a video presentation that has been shown to supporters in the context of their annual fundraiser auction, “Hope for a Wild Future“.

Conservation Northwest is a nonprofit that has been protecting and connecting old-growth forests and other wild areas from the Washington State Coast to the BC Rockies since 1989. In this timeframe, they have been ensuring such region remains wild enough to support wildife, from wolves to grizzly bears to mountain caribou, and they have been working with local communities on forest restoration and wilderness protection projects. Conservation Northwest is supported by around 5,000 families and hundreds of volunteers who together provide 70 percent of their funding.

For more information about Conservation Northwest and their projects, as well as how to get involved or make a tax-deductible donation, please check out their Website.

Wolverines are the largest terrestrial members of the weasel family (mustelids). Wolverines are shy of humans and therefore very hard to encounter in the wild (the image above is of a captive animal). Although technically omnivores, wolverines have a strong preference for meat, which makes them strong, aggressive and fearless hunters, known to fight for their food even against wolves or bears,

Wolverines are both scavengers and active predators, able to take down prey over five times their size! These solitary animals may travel 15 miles (24 km) in a day in search of food. Nowadays, they mostly live in Northern Europe and Russia, in Canada, Alaska, and in remote wilderness regions in the northern and western mountainous States of the US. Wolverines are threatened not only by habitat loss but by climate change, trapping, and highways: this has seen their numbers drop considerably in the United States, so much so that today they are thought to number just 300 in the lower 48 States. Wolverines have been recently recommended for protection under the Endangered Species Act by the U.S. Fish and Wildlife Service.