On Flora’s Table, we just published an overview of France’s Alsace AOC appellation and its main grape varieties: if you are interested, go check it out! 🙂

Since I have recently received three samples of Pinot Blanc wines from Alsace which I am going to review on one of the next posts, today I am going to provide a brief overview of northeastern France’s Alsace AOC appellation in anticipation of my reviews of those three wines.

Geography and Soils of Alsace

Alsace is a region in France’s northeast, bordering with Germany and stretching some 105 miles/170 KM from north to south, encased between the Vosges Mountains to the west and the west bank of the Rhine River to the east. The region is divided into two departments: the “Bas-Rhin” to the north (near the region’s capital, Strasbourg) and the “Haut-Rhin” to the south.

Throughout Alsace there is a significant diversity in terms of soils, with clay… 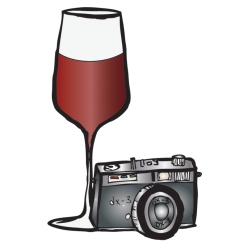 A few days ago, Wine Spectator magazine has published the entire list of their Top 100 Wines of 2013… according to them, of course!

Like last year, these are in a nutshell a few comments about their 2013 top 10 wines:

Just a quick flash to alert you about a piece of news that an Italian producer that I am fond of has been kind enough to share with me.

The 2010 vintage of the “Ludwig” Pinot Noir made by Elena Walch (the Alto Adige winery whose Riesling Castel Ringberg we have recently reviewed) is the fresh winner of the XII Italian Domestic Pinot Noir Competition, which is really exciting news as well as a tangible recognition for Walch’s commitment to quality production.

I hope I will be able to lay my hands on a bottle of the 2010 Ludwig soon so I can publish a full review!

In January I was in Milan and I attended another wine tasting event organized by the local chapter of the Italian Sommelier Association: whenever I can, I participate in these events because they are very well organized and the association often signs up producers or interesting personalities in the wine world, which make these gatherings entertaining and always educational.

This time the event revolved around an international grape variety and a wine that is the bread and butter of fellow wine blogger Jeff, AKA the drunken cyclist: if you know Jeff and follow his excellent and entertaining wine blog (and if you do not, I think you should) you know that I refer to Pinot Noir, a wine/grape variety of which Jeff is definitely an expert. On the contrary, I am no expert of Pinot Noir, although I like good Pinot Noirs from Burgundy, the US and Italy (Alto Adige) and I particularly like the grape variety in the context of a good Champagne or Classic Method sparkling wine such as a good Franciacorta. If Jeff reads this post, he may weigh in and share his thoughts on the subject.

Anyway, the guest of the event was Prof. Moio, an Italian agronomy professor who spent a few years in Burgundy (admittedly the “purest” region in the world for growing Pinot Noir) to research Pinot Noir and particularly its varietal (or primary) aromas and its fermentation and aging (AKA secondary and tertiary) aromas as well as their perception by the human brain from a chemical standpoint. It goes without saying that, considering the area in which it was performed, no research would ever be complete without a fair share of practical testing in the field! 😉

Jokes aside, he presented the findings of his chemical research which, leaving aside some very technical stuff, were pretty interesting. I will pass on just a few points that I found noteworthy (you will notice a few technical wine terms – if in doubt, please check out our Wine Glossary):

But enough chemistry now, and let’s move on to the best part of the event, that was obviously the wine tasting part! What we did was a horizontal tasting of eight different Pinot Noirs of the 2008 vintage, all of which came from the Cote d’Or (the best area in Burgundy for growing Pinot Noir) and specifically four of them came from Cote de Nuits (the northern part of Cote d’Or) and the other four from Cote de Beaune (the southern part of Cote d’Or).

Clearly, this tasting had no scientific meaning, especially because different winemaking styles (and therefore the secondary and tertiary aromas that derive from the winemakers’ choices) influenced the final bouquets of the wines that we got to sample. However, it was a nice way to introduce us to certain producers and appellations and to show us a sample of Pinot Noirs coming from the two subzones of the best area in France (and admittedly the world) for that kind of wine.

Jumping to the, like I said, non-scientific conclusions of our tasting experience, it was apparent from the limited sample we got to try that, among the eight wines that we tasted, Pinot Noirs made in Cote de Beaune tended to retain more distinctly the varietal aromas of Pinot Noir compared to the wines made in Cote de Nuits where secondary/tertiary aromas of fur tended to be more evident and sometimes to overwhelm the delicate red berry varietal aromas. My personal ratings of the eight wines I tasted that night seem to by and large confirm that conclusion as the Cote de Beaune wines generally fared a little better than the Cote de Nuits ones.

To finish up this long post, these are my favorite wines among the eight 2008 Pinot Noirs that we tasted (along with their approximate prices in the US):

By far the best of the eight, at least to me, with aromas of blackcurrant, red berries, cherry, and hints of tobacco and fur. In the mouth it had good structure and it was smooth and tannic, perfectly balanced and with a long finish. Outstanding

Nice bouquet of blackcurrant, red berries, licorice, hints of menthol. In the mouth it had good structure and concentration and it was noticeably tannic. Very Good

In the nose this wine started very subdued and it took a while for it to open up nicely into a bouquet of blackcurrant, red berries, violet, slight hint of fur. In the mouth it had plenty of structure and concentration, along with tannins that still felt quite aggressive, suggesting that it would be best left aging a while longer. Good

The nose of this wine did not convince me completely, as tertiary aromas of oak and tobacco were predominant and tended to overwhelm the primary aromas of red berries. In the mouth, however, it proved to be a solid wine, smooth, tannic and with a long finish. Good

I will not mention the remaining three wines we tasted as honestly I was unimpressed and I would not recommend buying them.

Have you had a chance to try any of the Pinot Noirs mentioned above? If you did, what do you think about them?