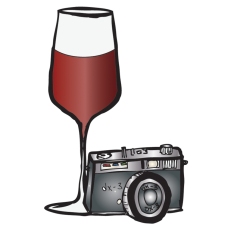 The international press, Dr Vino and several other sources all reported yesterday that, as a result of Croatia’s imminent accession to the European Union at the end of a 10-year long process, Croatian wineries will be required to stop using the name “Prosek” to identify a traditional local sweet raisin wine that has been made for centuries mainly in the Dalmatia region from local grape varieties such as Bogdanuša, Maraština, Plavac mali and Pošip.

The reason for the requirement is that, according to EU officials, the name of the Croatian wine is too similar to Italy’s Prosecco and therefore it might be confusing to consumers. And this in spite of Prosek and Prosecco being two very different wines, made out of different grapes (Glera for Prosecco and the Croatian grape varieties mentioned above for Prosek) and in different styles (Prosecco is mostly sparkling and is not a sweet wine, while Prosek is a still, sweet raisin wine).

However, the chances that Croatia be allowed to retain its right to use the name “Prosek” for their wine after joining the EU are very slim, as the case is virtually identical to the one that a few years ago prevented Italian winemakers (mostly in Veneto and Friuli) from using the word “Tocai” to identify a local dry wine that had been made for centuries from the homonymous grape variety because the name was too similar to Hungary’s Tokaji, a famous local sweet raisin wine made from Furmint grapes (for more information about the Tokaji/Tocai dispute, please refer to my previous post over at Flora’s Table that dealt with it).

But, as the saying goes, bad news never comes alone, at least for Croatia, that is. Beside the Prosek debacle, Croatia has to face a claim made by neighboring Slovenia that Croatia should also be prevented from using the word “Teran” to identify a red wine that is made in Italy’s region of Friuli, in Slovenia and in Croatia from the grape variety known as Terrano or Teran in Croatia. Slovenia’s claim is based on the fact that the EU granted Slovenia a protected designation of origin for Terrano grapes grown in the Slovenian region of Kras. The European Commission very recently decided the Teran dispute in favor of Slovenia, with a decision that will likely also negatively affect Italian Terrano producers.

Even in this case, the decision gives rise to many doubts, as Terrano is a very ancient variety (the oldest references date back to 1340 in Slovenia) which originated from the Karst plateau, an area that is shared among Italy (Friuli), Slovenia and Croatia (Istria). DNA profiling has also proved that Terrano is identical to Refosco d’Istria (a Croatian variety) and Refosk in Slovenia (information on the Terrano grape variety, cit. Wine Grapes, by Robinson-Harding-Vouillamoz, HarperCollins 2012).

Given the above, which side of the fray are you on?